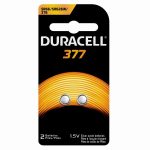 These are not required for normal operation of your BMD

Sometimes I worry about my Humans, I really do. I mean, you think they’re doing quite well, and settling in. Everything’s going OK. Most of their bizarre and erratic behaviours start to tail off. And then they just go utterly weird on you.

A couple of weeks ago mine suddenly went from their (contextual baseline) normal selves into right oddballs.

One evening I’m just mooching about. He’s on the phone ignoring me. She’s faffing around doing Dog knows what. Also ignoring me. This is boring. So I mooch. Bit of stealth lap-slobbering (sad-eyed chin rest on sat legs, gets them every time), but of snoring on my cushion, occasional bark at car doors. Standard evening.

Next thing there’s definitely a bit of an atmosphere, I’m turfed out of the room, and they’re crawling around on the floor, shining torches, shifting furniture, discovering entire lost civilisations in Dust City, and getting a bit frantic. I could also see quite a lot of repressed Blame trying to break out, so I started barking at it through the door, just to make sure it knew to naff off.

Then it all goes back to normal, apart from a bit of lingering atmosphere. Or so I thought.

For, lo and behold, at bedtime They begin hoarding my poo!  What the flip?! I mean, it’s not a difficult system. We walk. I poo. They bag it. They bin it. But no, that’s not good enough. Now the bag comes home. And when They get home … torches, gloves, and major league Poo Abuse!  They’re squishing my poo! MY POO! 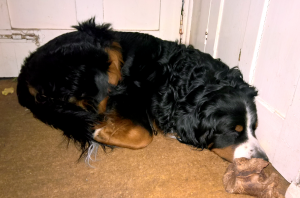 I mean, bloody hell. I crap in the garden and eat it, They go frickin’ mental. But oh no, it’s just fine and dandy for them to stand out there in the dark breaking it into tiny pieces and squishing each bit flat whilst passing comment. What is this? Strictly Come Defecating? Dunno what I’ve got to do to get a 10 …

What’s more this aberrant behaviour continues for days. We go up to visit Her parents for the weekend and they still do it. In company. What’s wrong with them?

We get back from Her parents, and the room really gets turned over. And cleaned. Behind all the things that don’t get moved. This is so not normal it’s worrying. And then They confess to me that they’re worried I might have eaten a watch battery that got dropped. Apparently it still hasn’t turned up. In the room. Or out of me.

Also apparently, this explains Him keeping on pushing my nose and saying “Well, his tail isn’t lighting up”. Ha blinking ha.

Wishing to be reassuring I attempt to explain that I haven’t eaten a battery, owing to my NOT BEING A MORON. Unfortunately They just think I’m barking at car doors, so that’s me off for a day trip to the vets. Sedation and x-rays all round chaps! Woohoo! Holibobs and free drugs (They’re not free, Gibson, trust me, Ed.). Whatever.

Needless to say I hadn’t eaten a watch battery. You know, the whole NOT A MORON thing. Mind, They still haven’t found it, but that’s hardly my problem.

Oh, and nice vet nurse lady, I can assure you I was not fully recovered when you brought me out to the waiting room. The clue was in the fact that you were still standing, not being dragged on your chin down the corridor.