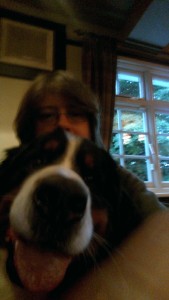 Apparently I am an Anxious Dog. Personally I prefer to think of it as natural prudence, but whatever, They insist that I have “Issues”. They actually say it like that – capital I, scare quotes, ominous tone, the whole thing.

Upside, though, is that I have been going to The Pub quite a lot. This is supposed to help, although I’m not convinced it’s anything other than an excuse. Also, I got to spend some more time with Julie (Thinking Paws) which is always good.

So, herewith a few pics to commemorate some recent trips to … The Pub. 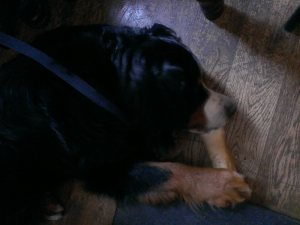 Week nights I can’t face going too far, so if I’m lucky we take a short walk down the road to the nearest hostelry, almost appropriately named The Greyhound. Although not a perfect nominative match, it does at least have a silhouette of a me for the “Dogs Welcome” sign. Of course, They are too stupid to have taken a picture of that, so instead here’s one of me inside, chewing on the remains of the bar staff.

The Greyhound is supposed to be my regular. I was hoping it would also be my frequent, but as They haven’t taken me for over a week I think I’ll have to settle for regular, and hope the frequency increases.

If nothing else the barmaid that’s trying to make friends with me is missing out on being slobbered on whilst she tries to guess if I’ll be nice or bark at her. And I don’t think that’s fair on her or me, quite frankly. 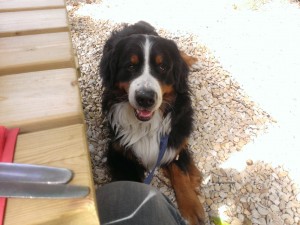 Chilling at The Woodman

At weekends we have been combining The Pub with a good walk, which is absolutely ideal. Over the couple of miles it takes to get there through fields and woods I can charge about, fill my coat with seeds, get utterly knackered, panting like I’m on 60-a-day and foaming like rabies is the new rock’n’roll. Then I can create havoc at The Pub, have lunch, and do it all again on the way home.

The other good thing about The Woodman is that sometimes there’s a Very Nice Man behind the bar and he comes out and gives me MAHOOSIVE dog biscuits. Like, proper MAHOOSIVE. And lots of them. Flippin’ marvellous. 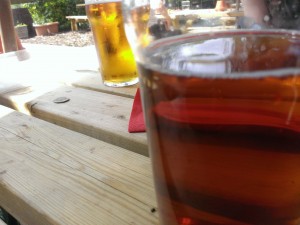 We all tend to have lunch at The Woodman too. This I suspect is another excuse for Them to drink more; I have to wait for my lunch until I’ve “calmed down” (pfft!) and then can’t set off again until I’ve “digested” (pffffffffffffffft!!!), processes which seem to involve more trips to the bar than I would consider strictly necessary. It also means I sometimes have to argue with Him over which of us is going to wee on what bush on the way back, too, which is a bit rich. I don’t pee in their toilet, after all.

So far I have been to The Woodman three times and The Greyhound twice. This seems a bit wrong, as one of them is a hot two miles away, and the other convenient half mile in the cool evening air. Sometimes life can be confusing.

The only downside to this new regime of Pub is that it also seems to coincide heavily with socialising. Which I like, and it has been extremely exciting to have a fairly constant succession of people come to see me, either for the evening or for whole weekends. But. Well. A dog can have too much of a good thing. Long walks. My favourite chew toy staying for a whole weekend. Friends visiting. More long walks. Trips to the pub. Late nights. All of it adds up, and sometimes it’s all just a little bit too much … 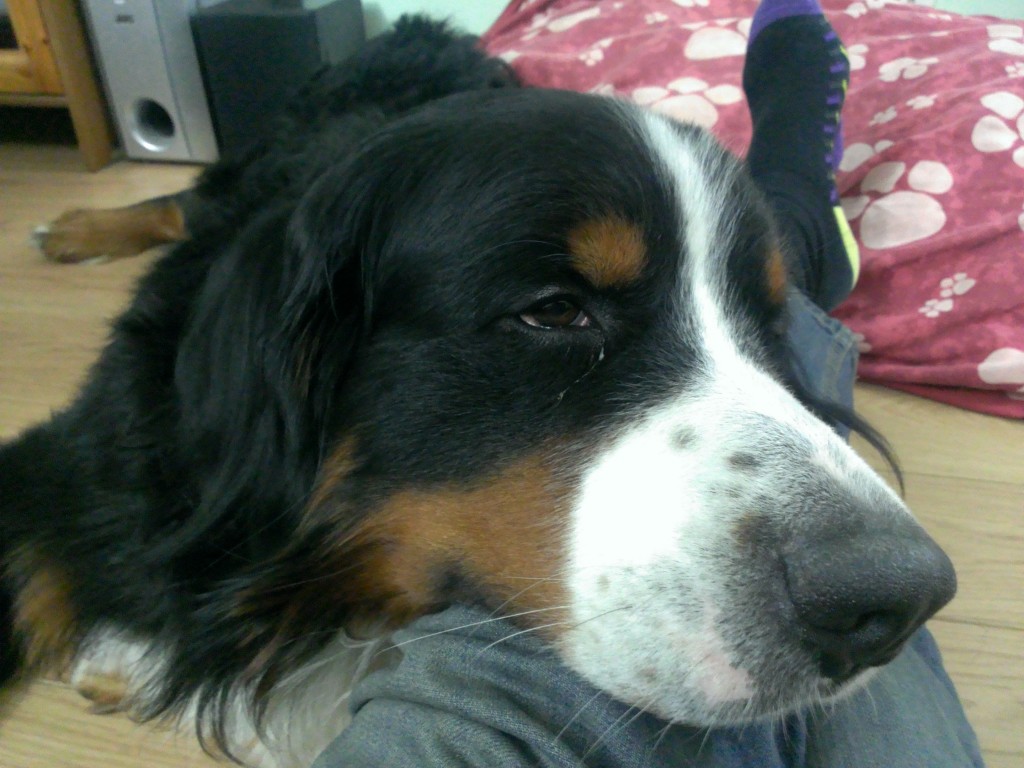