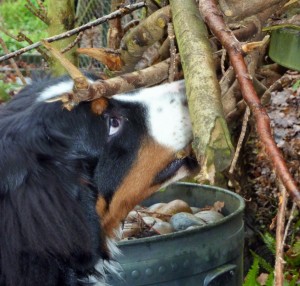 Giant Twig is a relatively recent game I’ve made up, now I’m a bit bigger. Little Twig has been a long-running amusement, but They no longer bother about Little Twig, so it has lost some appeal. However, I have discovered a pile of Giant Twigs on top of a table in the garden. Pulling them out and chewing them up on the lawn is pretty good fun all on its own, but the Advanced version of the game involves seeing how many Giant Twigs you can remove from the pile before one of Them comes out to join you.

This morning I scored three-and-a-half – one of the Giant Twigs wasn’t that giant – before He came out and removed all of my Giant Twigs, including the ones on the table! Git.

I protested (violently) but to no avail. He tried to buy me off with a game of BlueBallThing which sort-of worked, but wasn’t the same. I decided that the edge had definitely gone off the day, and it would be all downhill from here.

How wrong I was.

After a whole lot of boring doing nothing They eventually remembered about Walk. Walk started well – we went to the postbox, and I got to meet Ash, the very nice newsagent man. I even managed not to jump up. Mostly. After starting on a fairly normal route, we took a bit of a detour, and that was when I realised … we were at the Old Grey One’s house! She’s great: she always has treats, and she flaps her hands about my head which winds me up like crazy, then she gets cross, which is even funnier, because she keeps wagging her finger at me while she tells me off, so I get even crazier. Perfection!

Apparently He needed to fit a new security light or something. Dunno, that bit was boring, and not my problem. I was too busy running around in a huge garden for two hours. Awesome fun. And I got to eat bark. And leaves. And twigs. And cat poop. Two lots of cat poop! Score! Also tried for some plastic, polystyrene and concrete, but those were taken off me. Still, a win on points, I feel.

After all that, it was a gentle walk home, and time for a long, long, long pre-lunch snooze. A mile walk with two hours of free running and excitement is very tiring for a young man, after all. 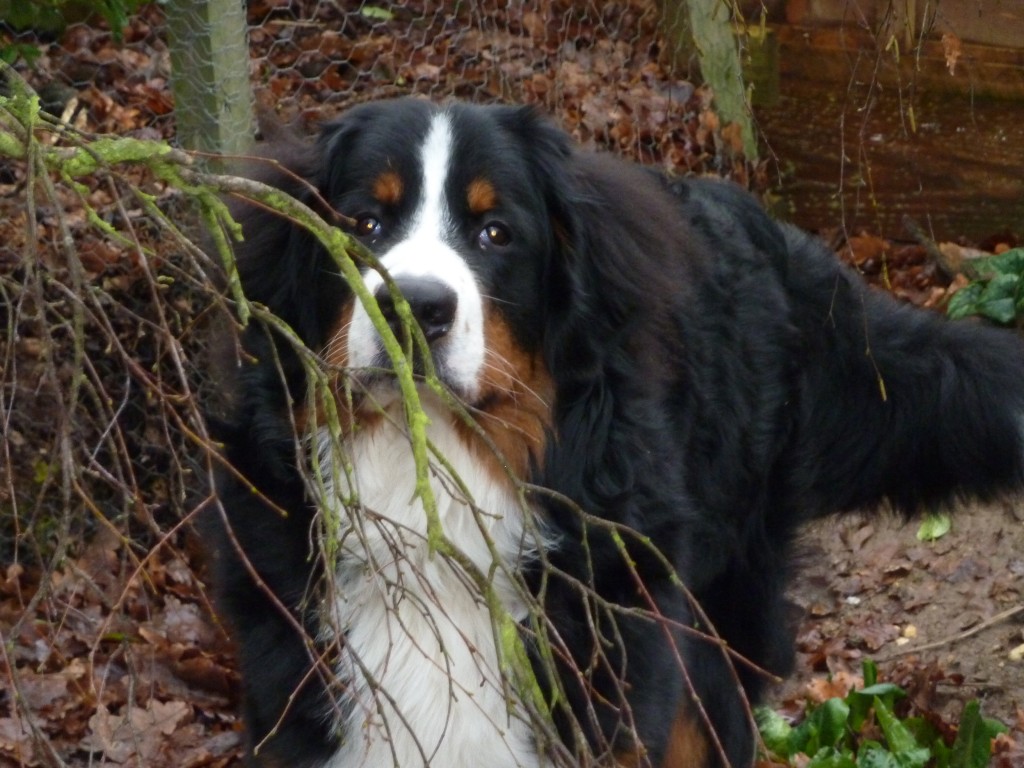 What? I’m not doing anything!