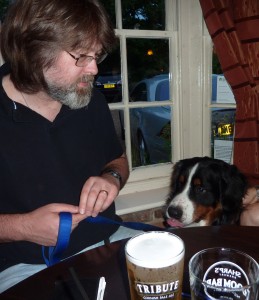 This week I have been introduced to The Pub. They’ve been talking about it for a while, and finally it has happened.

It seems that The Pub is somewhat like The Vet. Although one goes to The Vet, The Vet often smells, looks and sounds very different to the previous time. The Pub is much the same.

I have been to The Pub twice this week. The first time involved a car journey, countryside, and four friends. The second was a walk, town centre and two friends. But it was still The Pub. I remain confused.

Confusion notwithstanding, The Pub is quite good fun. For about two hours. After which it gets boring and you have to start making a bit of a fuss.

Pub highlights so far include:

Pub downsides only seem to extend to Him occasionally abandoning me with Others, which is very upsetting for as long as I can see Him, then absolutely fine. Oh, and the fact that He stays there way after the point at which it’s stopped being interesting.

I suspect I may be spending more time in The Pub now I’ve started. 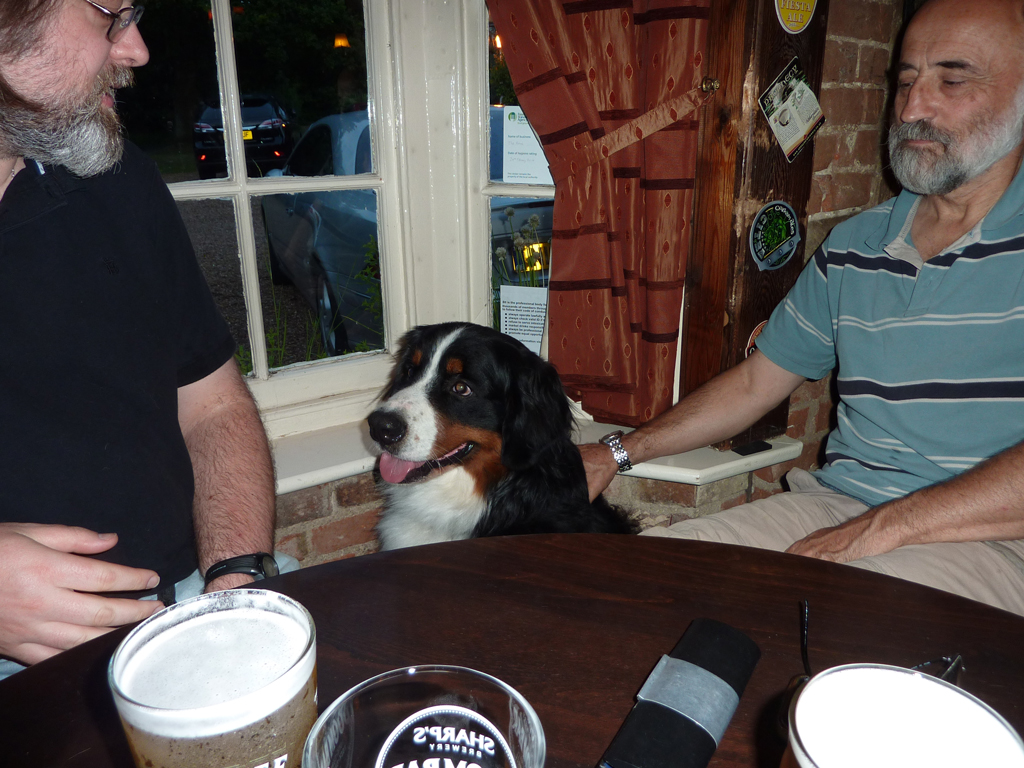