Well, after my last post, I just don’t know what to think. I mean, TFITheWeekend and all, but this one’s weird, very weird.

First off He vanishes last night and doesn’t come back! This means She puts me to bed. Unheard of, and somewhat disconcerting. Then eventually He does come back, about three hours before breakfast (or so I thought …) and I get a bonus cuddle and a middle of the night trip to the garden. That was good. But then He puts me back to bed, which was a bit crap.

After all that, breakfast was two flipping hours late! Colour me very unimpressed. Since then I’ve barely seen Her, He’s acting like a zombie, then He put me on that lead thing and took me Out Front which was just too flipping much, man, too flipping much.

I’m going to post a picture of the awesome treats mentioned yesterday to cheer myself up, and have a snooze. 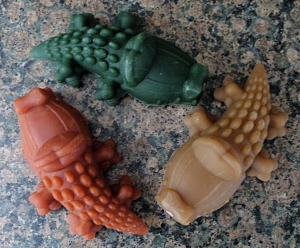 Dunno what they are, but they taste great!